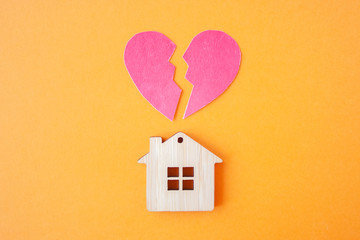 We were in a de facto relationship, I’m entitled to half, aren’t I?

We were in a de facto relationship, I’m entitled to half, aren’t I?

The Full Court of the Family Court of Australia in the matter of Grady & Chilcott (2020) recently considered whether the de facto wife of an 8-year de facto relationship, was entitled to receive a property settlement from her former de facto husband.

Whilst you might think that being in a relationship for a period of time and identifying as de facto couple entitles to you a property settlement (division of property), Grady & Chilcott explores circumstances where it would not be ‘just and equitable’ to make any property settlement Order. The parties merely keep what they each own.

The following was considered by the Family Court when deciding not to award the de facto wife any of the de facto husband’s assets:

At both first instance and on Appeal, the Court found that it was not ‘just and equitable’ to make any adjustment of the parties’ property interests.

The primary Judge found that while the wife purchased groceries and lent the husband money when they went out (which was later repaid), the respondent had made the overwhelming financial contributions to the relationship.

The Trial Judge made Orders that the parties each keep their own assets and superannuation. This was upheld on Appeal and the wife was ordered to pay the husband’s legal costs in the amount of $18,506.94.

This reminds us that there are no hard and fast rules when it comes to determining what property settlement entitlements one may be entitled to, if any.  Simply because a de facto relationship existed, and the length of the relationship was some 8 years, this does not automatically lead to or compel the parties to negotiate and agree on a property settlement division.

If you have any concerns about your property settlement matters, please contact us today on (07) 3532 3826 to arrange a fixed fee initial consultation with Rebecca Parry, Director and Candace Watkins, Associate, here at Parry Coates Family Law. We are available in person or via Zoom to speak with you.

Talk to a family lawyer

Contact us today for a private consultation and get expert advice from one of our specialist family lawyers in Brisbane.

Checklists, information and useful links about Family Law services in Queensland and how they may impact your circumstances.

Our family law specialists are here to help put your mind at ease. Find out what to expect in your first appointment at Parry Coates.